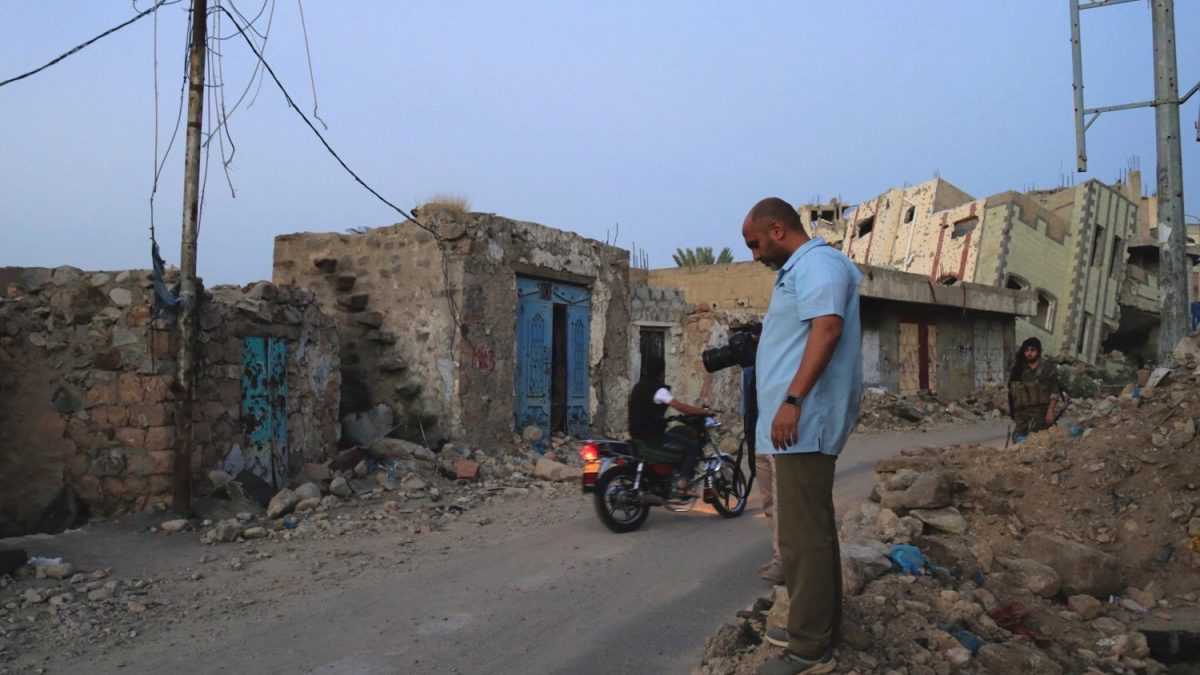 Abdul Wahab Said al-Asbahi is a documentary photographer who carried his humanitarian message along with his camera to serve as his honest means for documenting the humanitarian situation in the conflict areas, and his efficient tool to modify people’s reality around the world.

His first work in the field of humanitarian photography consisted of the book titled, “Refugeehood between Two Banks,” a book that tells, through emotional stories coupled with expressive images, the journey of the Rohingya refugees from persecution in Burma to the refugee camps in Bangladesh. He then lived through a heated experience to cover the situation of the displaced people of Yemen and the suffering they had to endure as the result of the war there.

Al-Asbahi did not stop there as he set off in the world of documentary movies and thus directed a number of humanitarian movies including “The Cavemen,” which narrates the suffering of the families living in mountain caves in central China; in addition to a movie titled “The Shepherd’s Wish,” which tells the story of many people who are deprived from education in marginalized regions.

Al-Asbahi always stresses on the his firm faith in the existence of a strong connection between the role of the camera and people’s suffering; and that the camera has a major humanitarian effect that exceeds the documentation of events to reach the possibility of changing the reality.

In this interview, Al-Asbahi speaks about his companionship with his camera in a number of humanitarian crises and conflicts around the world and how it served to transmit the real human suffering resulting from the massive wars, or natural disasters, or ethnic persecution.

To start, we wish to talk about Abdul Wahab al-Asbahi and the humanitarian camera. When and how did the story begin?

My story with the humanitarian camera started in 2008 when I was on a humanitarian trip to an area in South Philippines inhabited by a Muslim majority. I started to document people’s lives there, especially the humanitarian aspect. This had a major effect on me. What I saw through the camera were not mere photos to be saved; I rather had a humanitarian relationship with each photo I shot. This relationship started becoming stronger and my photography skills started evolving. This is where the story started.

What are the main milestones you set off from?

There are undoubtedly several milestones, each of which had an effect on me in the field of humanitarian photography. Like I said, the beginning was at the Philippines’ trip in 2008. As for the main milestone that launched me into this field, this was back in 2011 during my trip to Somalia to document the effects of the famine that hit the African Horn. This was the most prominent of milestones as I still remember a number of painful stories that I witnessed when I visited camps and hospitals. The scene of a mother who lost one of her twins because of starvation is still present in my mind. I had never imagined that a human being in this “civilized era” could die of starvation. I had heard so many stories about starving to death but when I saw that, I felt a sense of responsibility towards these people and these minorities.

I can also never forget another major milestone in humanitarian photography: my documentary trips to the Rohingya refugee camps in Bangladesh who suffered an ethnic cleansing at the Arakan territory in Myanmar. As for my last milestone, this consisted of my trip to Yemen, where I saw a number of tragedies suffered by the innocent people there.

Your trips to the Rohingya refugee camps were the first humanitarian experience to be documented in full. Explain this experience to us.

The documentation of the journey taken by the Rohingya minority refugees – as they fled Myanmar because of the ethnic cleansing they were subjected to, and headed to the camps in the area of Cox’s Bazar in Bangladesh from the beginning of this journey and over an entire year – was indeed a new and unique experience.

The scenes of the refugees reaching the coasts of Cox’s Bazar in rotten wooden boats, with fear showing on their faces, children crying, women confused and unable to find anything to feed their hungry children, and the influx of large numbers of refugees walking under the heavy rain, barefoot, looking for any place to go: These were undoubtedly some emotional scenes reflecting a harsh human suffering.

I also still remember that wonderful scene amidst the tragedy where a young man was carrying his old mother on his back to take her to the doctor; and that woman whose husband was killed but who is still keeping his photo and his blue shirt.

The trips to the refugee camps proceeded until the idea became clear and yielded the first documentary book in humanitarian literature under the title of “Refugeehood between Two Banks” that includes the photos and stories of the refugees. In addition, a special humanitarian expo was organized to showcase these people’s stories and to explain their suffering. All this definitely affects a man’s heart and mind.

You benefited from your experience in documenting the Rohingya story to document the war in Yemen. Tell us about this.

That’s true. Both were victims of horrific conflicts and terrific wars. The case of the Rohingya refugees was the result of an ethnic persecution that caused hundreds of thousands to flee from the Arakan territory in Myanmar and head to Bangladesh. As for Yemen, the tragedy there resulted from the massive war that caused the displacement of millions of people from one governorate to another in addition to the slaying of dozens of thousands of people. Thus, I made sure, during my visits to the refugee camps and some areas affected by the war, to document the moments of fear, suffering and deprivation that I saw in the people’s eyes. Children were deprived of school, youths lost their opportunity to work, mothers were unable to secure enough food for their children, and men spent most of their day collecting wood or working for long hours under the burning sun to obtain a meager salary that barely suffices the family’s basic needs. Each one of them had a story.

These humanitarian aspects of the war in Yemen have not been covered or have only been insufficiently covered by the media that mainly tackled the conflict and the war while focusing on the war’s political and military aspects. The media thus tackled matters such as: the areas of control, the numbers of troops, the failure of the negotiations, the stumbling of the settlement, and other thorny issues without paying a sufficient amount of attention to the humanitarian situation. Thus, the idea of releasing an illustrated file was born under the title of “Yemen between the Lines of War,” which reflects, through the field photos, the reality of the suffering felt by millions of displaced people.

Your attention must have been caught by a number of emotional stories. What where the most emotional ones?

In the Yemeni war, there is a story everywhere and with every human being. I have heard many such stories from the displaced people who saw death flashing before their eyes and taking away their relatives and their friends. The hardship of the displacement and hunger was the most emotional thing. I still remember that mother who lived with her children in a stone house on the foot of a mountain in Aden. I saw her take her malnourished child, Hashed, in her arms. The boy weighed no more than six kilograms although he was two years old. When I asked her why she won’t take him to the doctor, her answer shocked me: She didn’t have the money to pay a cab to take her to the hospital.

There was also a little girl, Chahd, who was always carrying around her little brother, Choueib. I asked her about the reason, and she said that his leg has been amputated when he was playing in their backyard and they couldn’t get him a prosthetic leg.

The stories of the war are countless.

Tell us about your last work titled “Yemen between the Lines of War.”

After my “safe” return to Kuwait, I thought that my humanitarian duty consists of transmitting what I saw to the people, and shedding light on the humanitarian situation in Yemen. Thus an idea was born to release a digital file that includes field photos illustrating the war effects on people and places. In this file, the main focus was placed on the photos along with a short text summarizing their contents thus moving the reader to the life of the photo itself.

I had thought that my trip to document the humanitarian situation in Yemen will end as soon as I reach Kuwait; but I realized that my journey began upon my return and that I had to show some of what I’ve seen and to deliver the people’s voices via these pages: “Stop the war for we are its victims.” 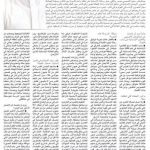 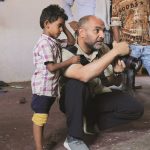 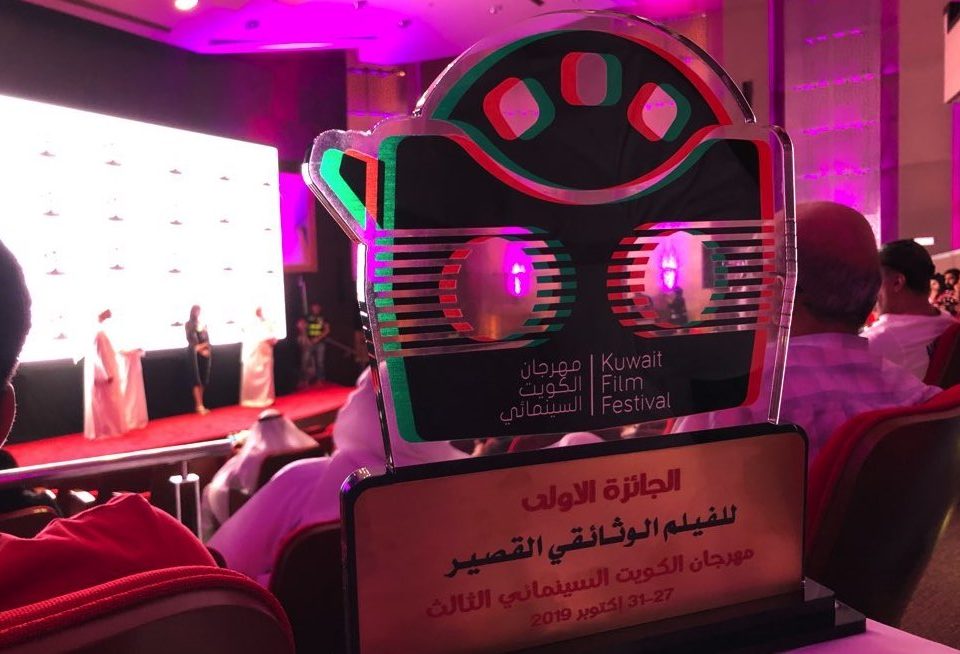 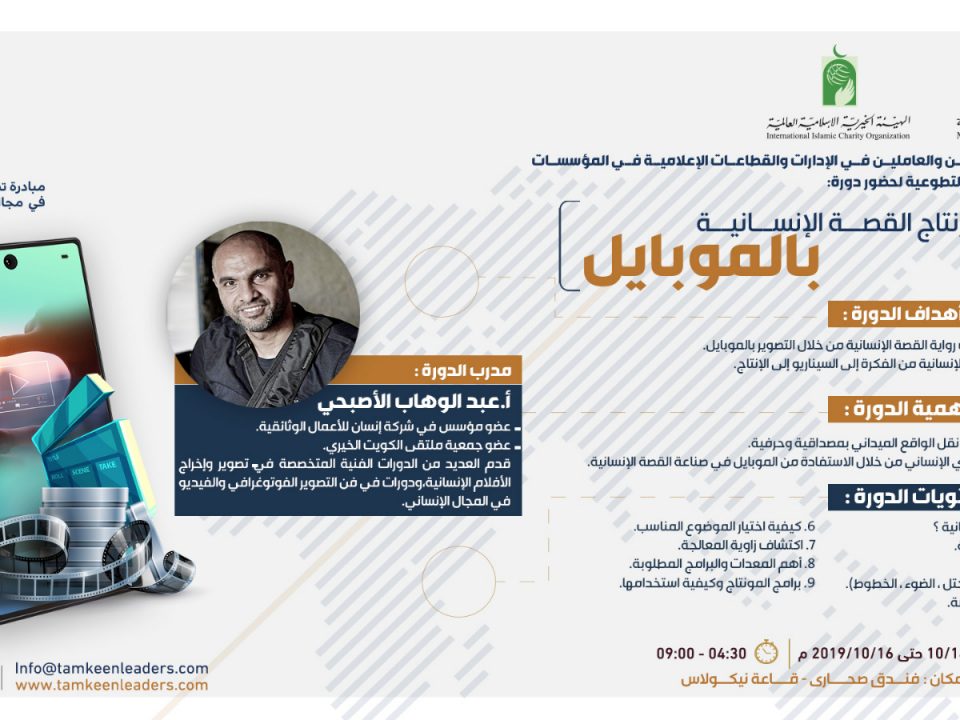 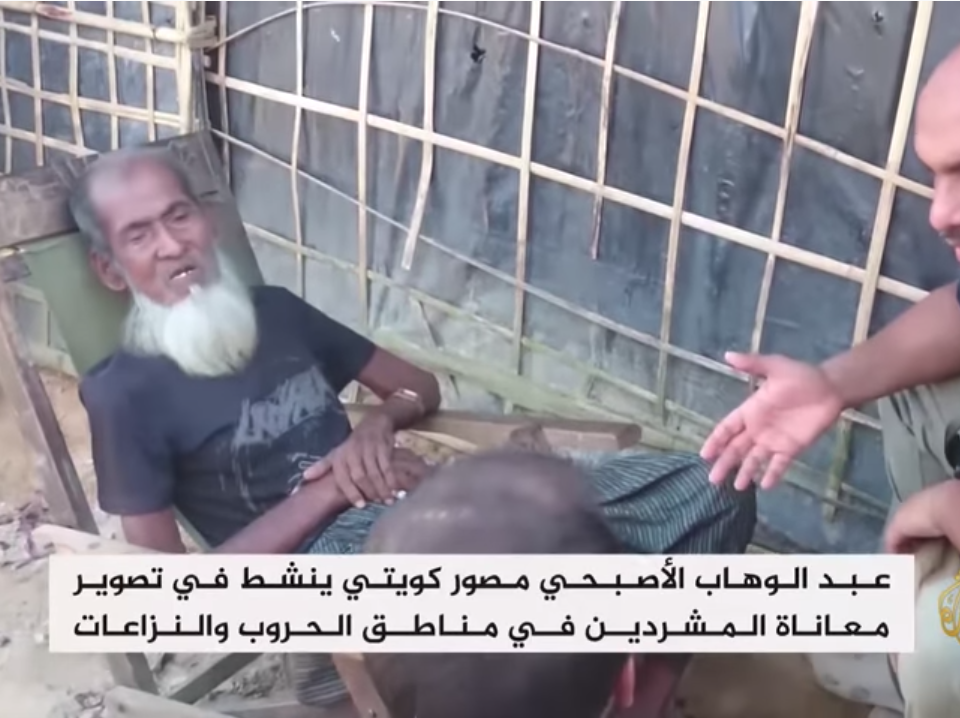 The Al-Jazeerah Channel’s report on the book Refugeehood Between Two Banks, Burma and Bangladesh, which is the first book of humanitarian literature.